November 06, 2016
"America does everything better than any other country, including getting things wrong", said one of my favourite speakers. As the election day draws near, many of us are worried where the United States of America is heading both politically and spiritually. The rhetoric surrounding the major political parties and their campaigns have been full of malice and conceit from day one. Seeing the process of a presidential election in the U.S for the first time, first hand,  has made me somewhat vocal on social media. This has caused some of my friends wonder why, given the fact that I am Sri Lankan and am ineligible to vote in the U.S elections.

I care because America, through God's providence, is a country that's given me second chances I wouldn't have had elsewhere. Believe it or not, I love America. I also believe that the presidential election here not only determines the future of the nation, but also the course of the rest of the world. The United States of America is still a super power and the presidents Americans elect, hold the key to the highest human office ever know to mankind. I care because I do want a sensible future for this country and the rest of the world.

But sometimes my 'caring', anxiousness and that of others over such mundane affairs doesn't really make a difference because without God's will, nothing ever happens. King Solomon, in his God given wisdom, sings out the truth that "unless the Lord watches over the city, the guards stand watch in vain" wonderfully in Psalms 127 and goes on to say "..The lot is cast into the lap, but its every decision is from the Lord" in Proverbs 16  verses 32 and 33.  And God, in His omniscience, knows, allows and directs the courses of nations as He wills. He does this so because futile creatures like us grow more dependent on Him and realise that we are part of His story- not ours. Surely, it is sometimes impossible for us to make sense of the chaotic nature of what the outcome of this election would mean, and comprehend God's plans for this country and the world amid this storm. However, we can trust in Him to be the architect of time because He has never failed, not even once, and never will. It reminds me of the psalmist's proclamation in Psalm 11 where he addresses his concern and the hope he finds in the everlasting God. This God gives me hope because I am thoroughly convinced that I am still under the jurisdiction of the ascended Christ who was and is and is to come, regardless of who is elected. 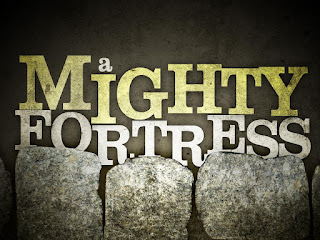 I am constantly reminded and am humbly convinced that God does not favour any nation - this is true in the case of America and my beloved homeland Sri Lanka. God is constantly at work, election year after election year, putting together a company of people that no one can number from every tribe, nation, and language throughout the world. He is the overseer of the affairs of all nations, and this eradicates my worries because the God who reigns supreme has got my concerns and that of others under His wings. Regardless of who is elected come Tuesday, I can go to sleep peacefully, knowing that He is our Refuge. He is our Helper, Provider and Sustainer. As Martin Luther beautifully sings, He truly is the Mighty Fortress, a bulwark never failing.

Popular posts from this blog

September 28, 2020
Seventeen years ago today, Charles Ratnamuktan Alban Hoole, known affectionately by many as Charles/ Muktan, met face to face with His Saviour Lord Jesus Christ. Life of Charles Hoole Charles/Muktan was born on the 18th of March 1951. He was the second son of Rev. Richard Hoole and Jeevamany Somasundaram of the Anglican Church in Ceylon. He was educated at St. John’s College in Jaffna, where he became notorious for his towering sixers as a young cricketer. Charles completed his B.A (Hons), and M.A at the University of Hull in Yorkshire, UK, after which he moved to the Department of Religious Studies in McMaster University in Canada for his M.A and Ph.D.   Marriage to Jaqui Charles met his wife Jacqueline Patricia Guiver during his time at the University of Hull Christian Union (CU) in the late 1970s, where Jaqui was serving as the Overseas Representative. Charles later became a Theological Students’ Rep in the CU where he brought along many overseas friends to hear the good news of Jes
1 comment
Read more

The Disciple Whom Jesus Loves

March 18, 2019
Sanctification often times feels like dying. Dying, because the old man is in fact being put to death by the Spirit. Part of growing in holiness is mortification. A grace-induced mortification of the flesh. Deep within my regenerate soul is the cunning old man, cowering as he is dealt lethal blows. This is a gracious work of the Holy Spirit. While it feels like God is killing me, He is actually saving me. The resulting pain is a reminder of the love of God. For in love, He set me apart to be holy and blameless like Him. He is actively working in my life to restore in me the 'Imago Dei' - the image of God that was marred by Adam’s sin and mine. The life I now in the flesh I live by faith in Jesus Christ, who loved me gave Himself for me. I am the disciple whom Jesus loved. He set his affection on me before the ages began - not because I am worthy, but precisely because I am unworthy. His love for me is from everlasting to everlasting. His love awakened me from the rotten de
1 comment
Read more

Moses Hoole
Sinner Saved by Grace through Faith: For every Tribe, Tongue, and Nation; For His Imperial Majesty, the Lord Jesus Christ, and the Glory of His Empire.